Travis Manion Foundation empowers veterans and families of the fallen to develop character in future generations. 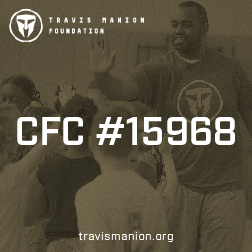 Every year, Travis Manion Foundation’s 9/11 Heroes Run unites communities across the country to honor the sacrifices of the heroes of September 11, 2001 and of the wars fought since. The 9/11 Heroes Run is our biggest annual community outreach initiative and serves as an awareness campaign not only for our programs, but for veterans connecting with their communities to “bridge the military-civilian divide”. In 2020, TMF offered a virtual run option for 9/11 Heroes Run participants due to COVID-19. We are honored and humbled by the support we received, even in the most trying of times.

Here's what Navy Veteran, Ashley Flynn has to say about the 9/11 Heroes Run: “As I reflect on my reason for running the 9/11 Heroes Run this year, I think about how much time has passed since the attacks on 9/11. The majority of my fellow service members and veterans served during a post-9/11 era, when uncertainty and the ugliness of war were known by everyone who took an oath. I was honored to serve alongside these men and women—they all experienced some level of uneasiness but did what they felt was the right thing to do anyway. While not everyone has the ability to serve, everyone has an opportunity to do the right thing in the face of uncertainty and ugliness. This year, I have seen numerous examples of kindness, bravery, leadership and service to others in the darkest of times. This year I’m running for the Everyday Hero in all of us. I’m proud to see acts of goodwill to neighbors, friends and strangers alike—that deserves recognition and is the definition of a hero to me.”

ACT NOW
Thank you for your support!

Every dollar donated to Travis Manion Foundation empowers veterans and families of the fallen as they lead and serve in their communities and inspire the next generation of leaders.

Join the Mission at www.travismanion.org or Donate now!
Follow Us