Elephants are being killed for ivory, rhinos are slaughtered for their horns, and whales are under attack due to commercial hunting, pollution, and underwater noise. Help us protect endangered species and global forests, and prevent runaway climate change. 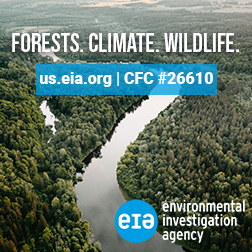