Fund research to powers cures that reduce the percentage of children who perish from cancer until that number reaches zero. 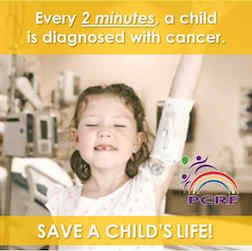 We want to introduce you to Kenny. A boy who loves comic books, juggling and play sports with his cousins. Kenny is also a two-time fighter of ALL (Acute Lymphoblastic Leukemia.)

He was first diagnosed at ten years old and then again at 13. Despite having the “good” kind of cancer – which references the high percentage of children who experience successful treatment the first time around- Kenny had to re-enter treatment in March of 2021. He endured 90 days in the hospital, had two minor surgeries, one major surgery to remove half of his right lung, positive covid, bone marrow transplant, chemo, radiation, countless scans, pneumonia, and fungal infection in his spine. And Kenny stood on his own two feet to ring the bell.

After fighting for four years, Kenny was able to claim a victory. That was on September 21st. Less than two weeks later, Kenny was back in the hospital fighting for his life with another infection. Kenny is a warrior beyond compare and has not given up. He still fights and looks forward to realizing his future. To this day, Kenny is still in the hospital. Effectively, he has been in the hospital for almost six straight months. That is the thing about childhood cancer it has a way of staying with you.

ACT NOW
Save a child's life!

Your monetary support of the Pediatric Cancer Research Foundation (PCRF) helps us to fund leading edge research that demonstrates the best hope for a cure to childhood cancer.

We invite you to join us in powering cures and realizing futures.