Since 2005, Give an Hour's providers have donated 360,000 hours of free and confidential mental health care to military personnel, veterans, and families, and those affected by natural and manmade disasters. We help those in need received care and support. 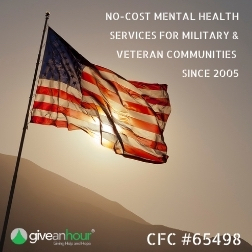