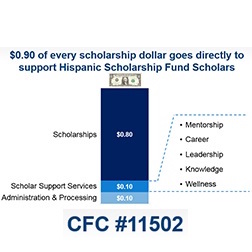 Help HSF empower families and students with your donation!
Follow Us