Stop the killing of endangered African wildlife like elephants! Using highly effective anti-poaching conservation strategies, we protect East Africa's wildlife by working with Maasai people. Nature and the environment are protected for the benefit of all. 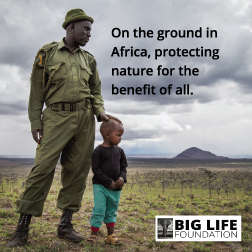