A gift to RAINN helps to support survivors through the National Sexual Assault Hotline, ensure justice for survivors, and prevent sexual violence. RAINN is the nation’s largest anti-sexual violence organization and helps over 300,000 people per year. 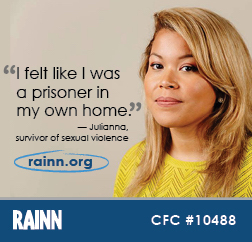